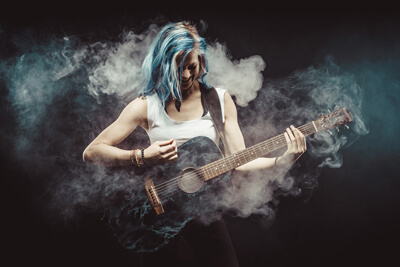 Singing, screaming, and jamming out distorted riffs on her acoustic guitar, Pinski frontwoman Insa Reichwein is a hard rock songsmith who wears her heart on her sleeve.
In their current incarnation Pinski have existed only since 2016. At the time, mastermind Insa Reichwein alias Pinski decided to infuse her already successful project with a radically new impulse and shake things up. Thereupon she started gathering a band of heavy hitters working the instruments. Since, those comrades-in-arms have supported her endeavours towards moulding the progressively influenced rock into the refreshing shape that listeners can now enjoy on the debut album “Sound The Alarm.”
Pinski left nothing to chance for the album. That is why in Fabio Trentini (Guano Apes, Donots, H-Blockx) the band hired a producer who is as well-established as he is experienced. Trentini’s skill steered the sound of this young band into the desired direction. Thus “Sound The Alarm” does not only have powerful but also a fresh and an emotional sound to it.

This band knows what it is doing – and it is easy to hear that. 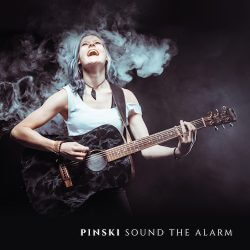